This a mid-1800s Victorian court sword featuring much of its original gilt, which is very pleasing to the eye. It possesses a Victorian crown pommel and the royal cypher emblazoned on the clamshell guard, above a laurel motif. The wire on the grip is intact, while it is all present its binding to the handle is slightly loose, which reveals that is wrapped around a dark wood.

The blade has areas of dark patina, evidence of former rust. This in combination with scratch marks likely indicates that liberal use of a tool to remove said rust has been employed at some point in the past. While this has left the majority of the blade as bright steel, it has also scratched away almost all evidence of engraving the sword once bore. That said it looks as though it was once engraved with writing, implying that this sword was presented to its owner as a reward for some good service, unfortunately we will never know for sure.

The leather washer holding the guard together seems to have survived on the blade side of the clamshell mount, but not the crossguard side, which has caused it to be a little loose. The tip is blunt and was most likely originally made that way as it does not appear to be broken, instead it terminates in a straight flat end.

It still has its original sheathe of black leather, with a gilt brass throat and drag, although most of the gilt has rubbed off the throat, likely from nearly two centuries of handling when drawing the blade. The brass has decorative engraved rings and a floral motif on the throat, which would have worked in conjunction with a “frog” for the sword to hang from. The bindings at the rear of the leather appear to have fallen out and there is a suspected central brass fitting missing, causing the sheathe to sag in the middle when the sword is drawn. Despite this the scabbard has managed to maintain its overall structural integrity, likely owing to the binding of the brass throat and drag still holding firm, though I would advise drawing the sword as intended (held vertically, not horizontally). It is 35.5 inches long in total, with a 30 inch blade. 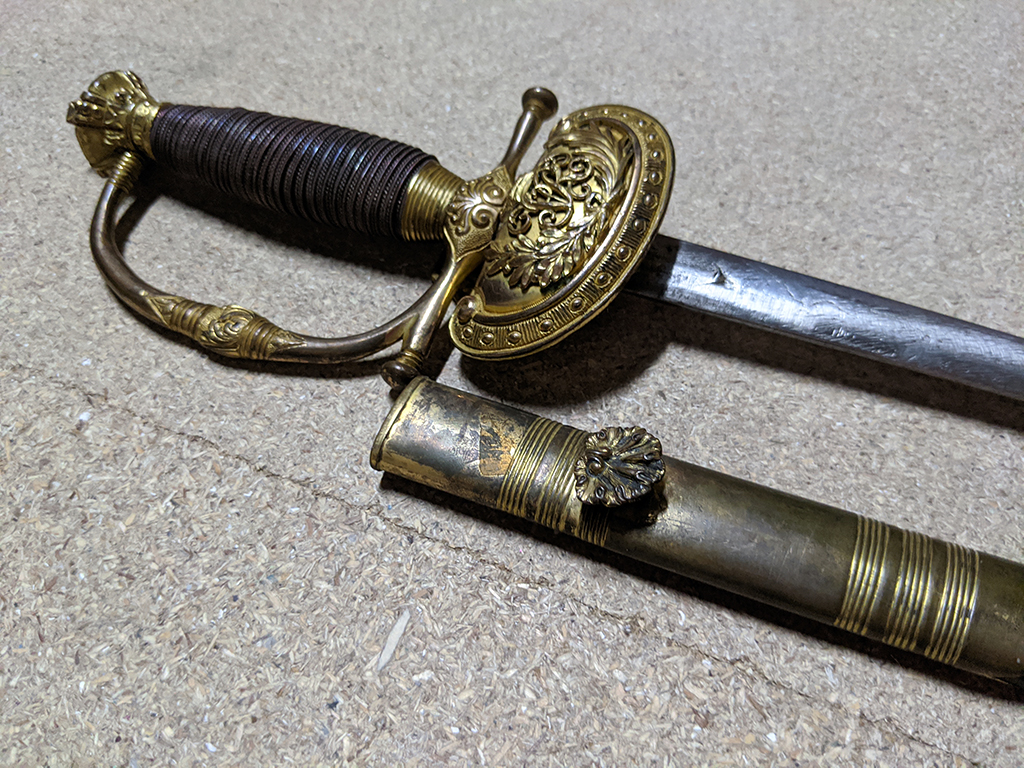 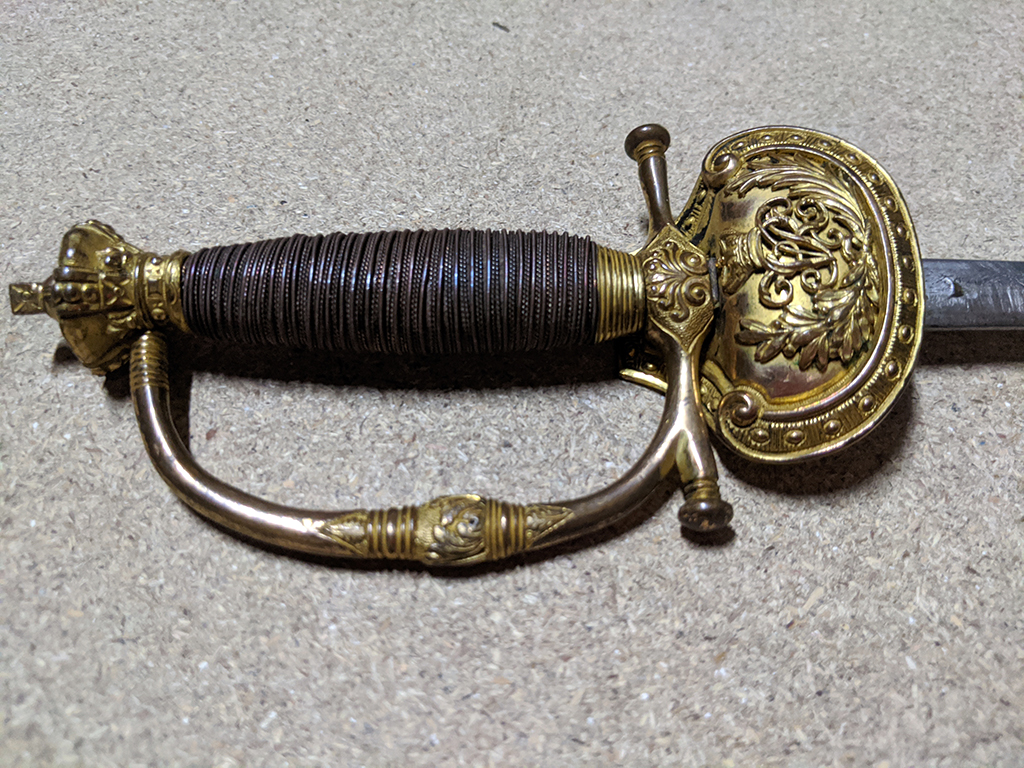 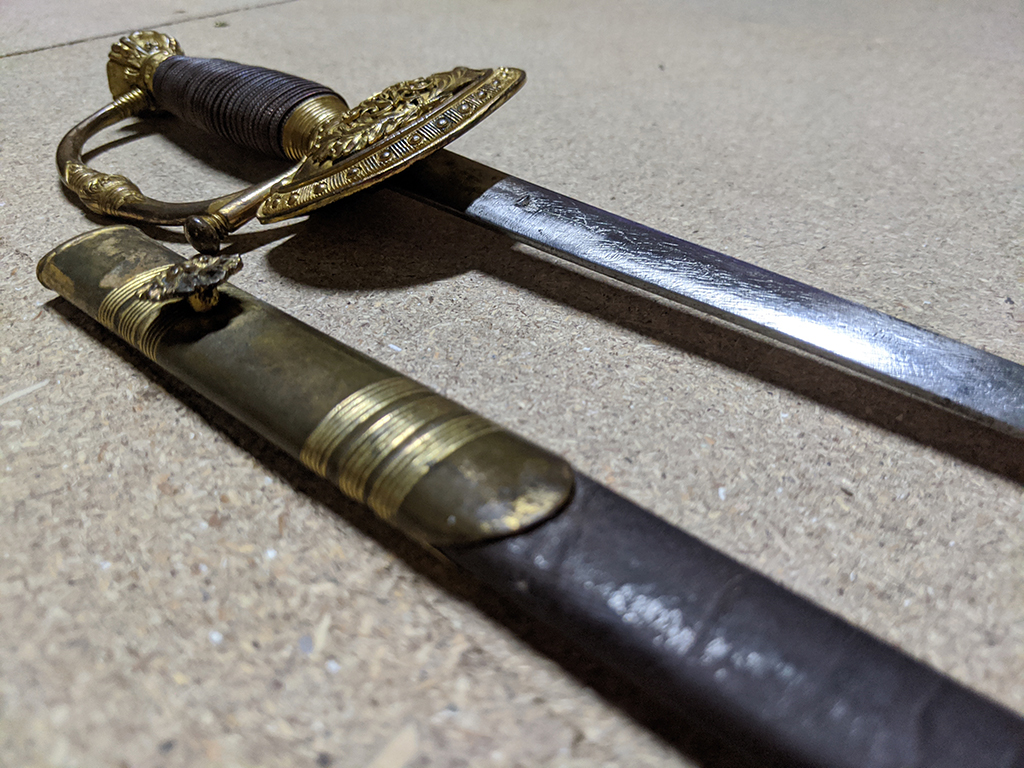 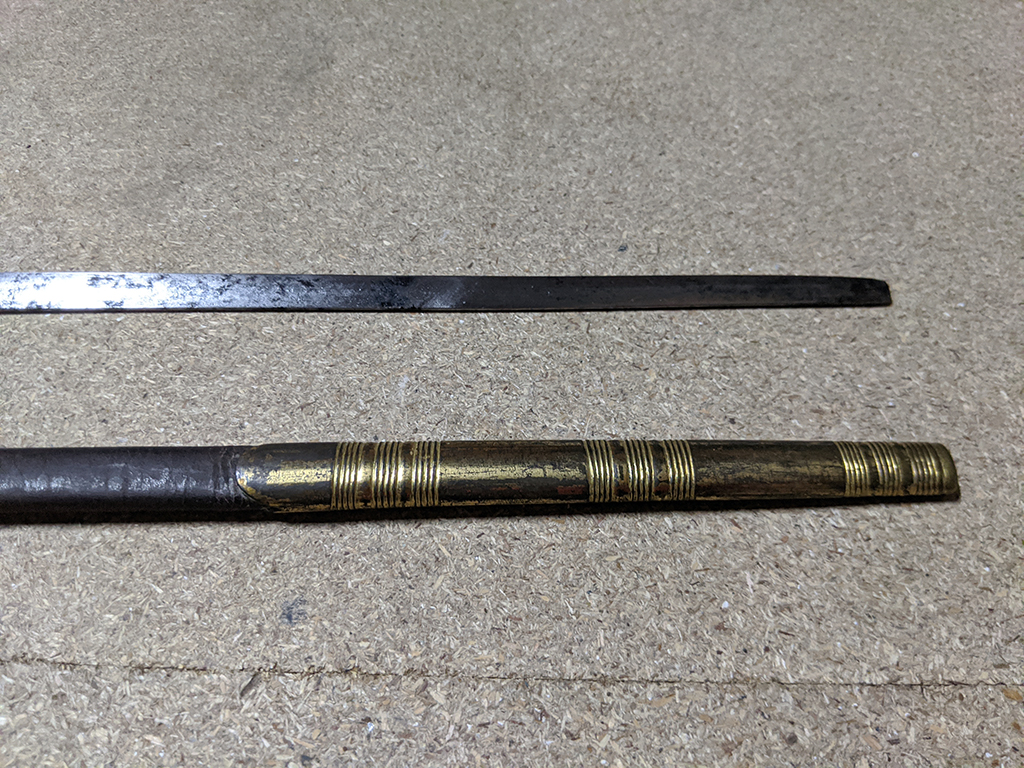 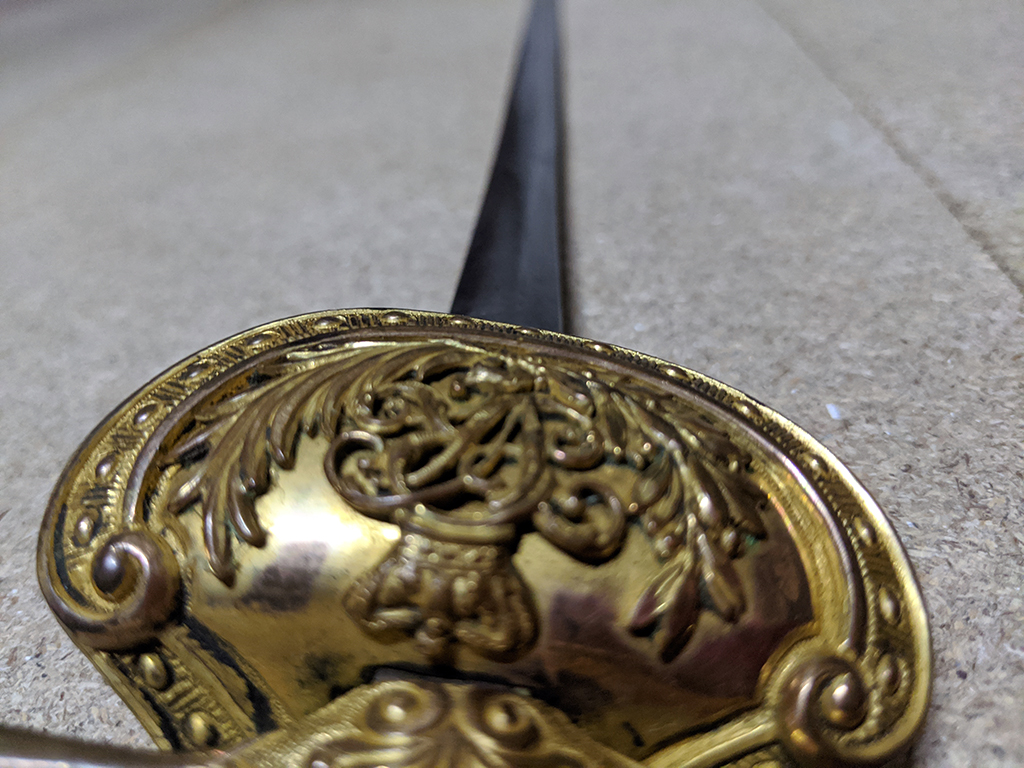